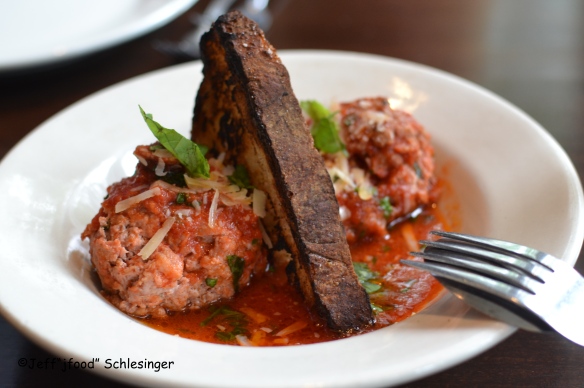 Table 104 recently opened on Long Ridge Rd just north of Saks on the way to the Merritt, the fourth re-incarnation of this space (Matteo’s, Fio’s, and Minetto’s to name a few) over the past several years. In addition to the restaurants available in the strip malls on High Ridge, Table 104 offers an option to downtown Stamford. Parking is available in an attached lot, with valet parking on the weekends. We recently visited and sampled several small plates, a two pizza combinations, a pasta and one of their larger plates. 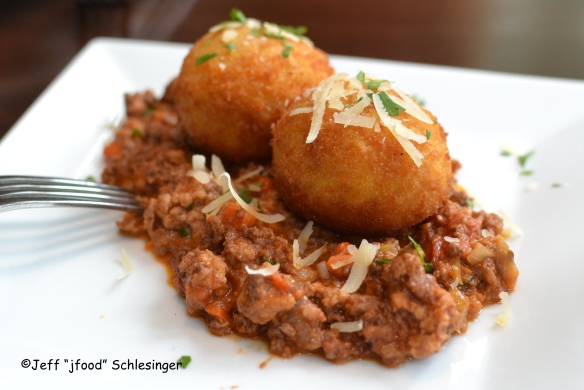 My favorite dish of the visit was the “Sicilian Arancini with the Bolognese Sauce.” The arancini were perfectly cooked to maintain its interior moistness; and the kitchen did an excellent job in frying each ball to create a crispy exterior. They sat atop a mound of Bolognese sauce, which was very good…this dish was the highlight of the visit. The other small plate, The “Meatballs, Pork-Chicken Beef, Grilled Crostino, Marinara, Shaved Grana.” was disappointing. The meatballs were severely undercooked, borderline raw, spicy and once we tasted the very rare interior we stopped eating them. 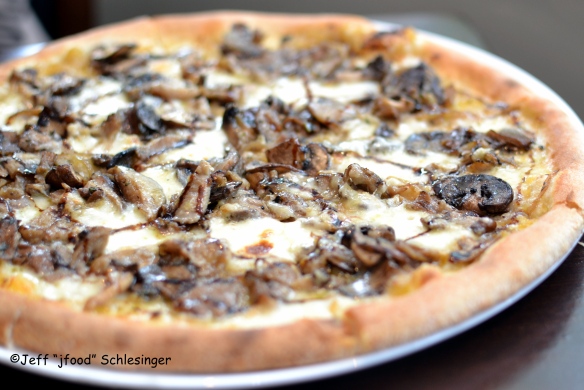 The first pizza to arrive was the mushroom pizza. The mushrooms were pretty good and worked well with the cheese. The toppings on the other pizza were sausage, et. al. The sausage was also pretty good, unfortunately both suffered from a crust that was very bland. 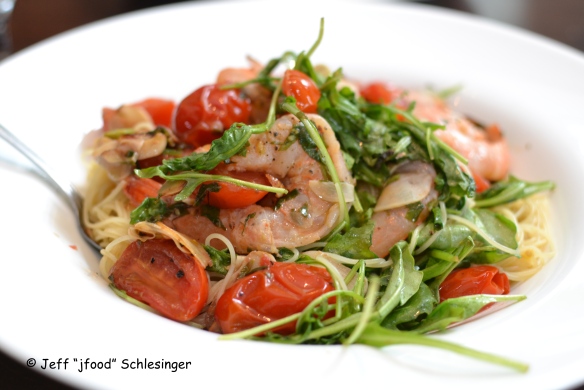 The pasta dish was capellini combined with shrimp, arugula and grape tomatoes. Other than a few slices of garlic, the dish was significantly under-seasoned, it was very bland. 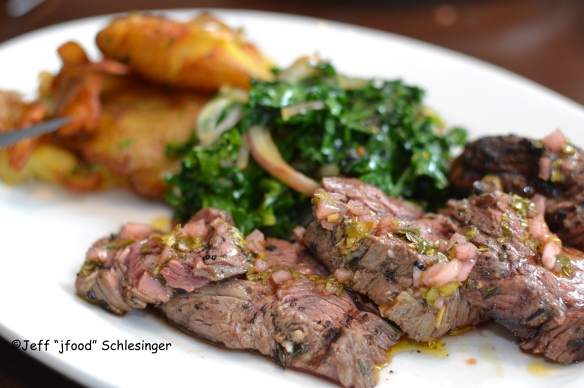 The “Grilled Hangar Steak, Smashed Fingerling, Roasted Peppers, Leeks, Mushroom Ragu,” ordered medium-rare, was served rare-raw. Other than a little vinegar flavor from the chimichurri, It was also under-seasoned. Unfortunately it was overwhelmed with oil from the chimichurri. The potatoes were well prepared but they too were without any seasoning.

Overall it was a very disappointing visit to Table 104. Other than the arancini, the other dishes were not memorable.