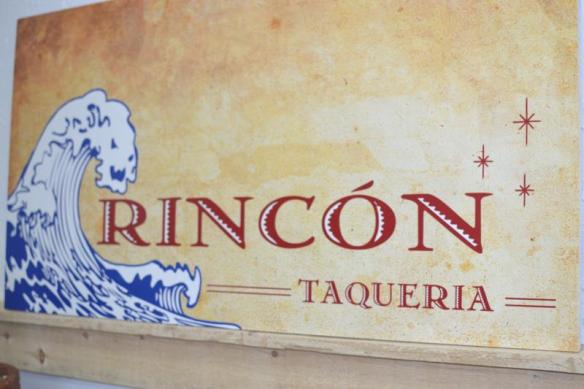 Rincon Taqueria is the epitome of a hidden gem.

The exterior is fairly non-descript and the interior is one large, open space, but the food is delicious. As you enter there are tables for twenty patrons to the left and behind these tables is a long glass deli case containing large baskets and bowls filled with several varieties of chili peppers. Along the right wall are three six-foot tall refrigerators with bottles of soda, home-canned items and take-away containers, including homemade apple sauce, beef and vegetable soup, cassoulet with duck and pork, duck confit. Taqueria?

The young lady behind the counter asked if I needed assistance. I looked at the wall behind her and saw two large hand-written chalkboard menus with more traditional taqueria fare…Huevas Rancheros, Burritos, Chilaquiles, Tacos, Empanadas, Tamales and a Chicken Quesadilla. I ordered a trio of tacos…a fried fish, a beef and a pork. As it turns out the young lady is one of the owners, Maria Munoz Del Castillo. 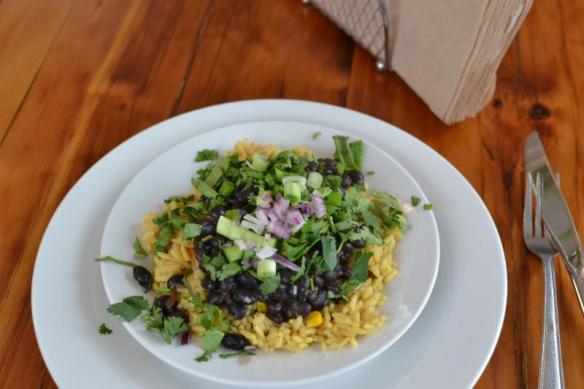 As I waited, Maria brought a plate of Frijoles con Arroz. In addition to the slightly spicey rice and black beans, the dish contained a few green beans, corn, scallions, diced red onions and topped with cilantro. It was a very pleasant way to wait for my meal.

The tacos arrived and each had a generous amount of filling and these tacos were not just meat and salsa, there were several additional toppings on each. 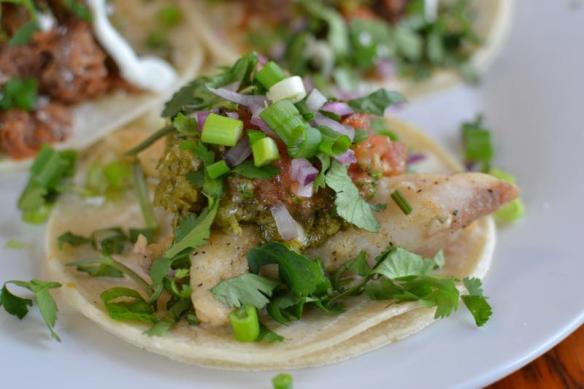 I started with the fish taco since I thought this would be the mildest. It contained three pieces of lightly coated and fried fish, topped with cilantro pesto, salsa, fresh cilantro, diced red onion and scallions. The flavors were bright and delightful, accentuated by a good amount of garlic. This was not a typical Baja fish taco and it was delicious. 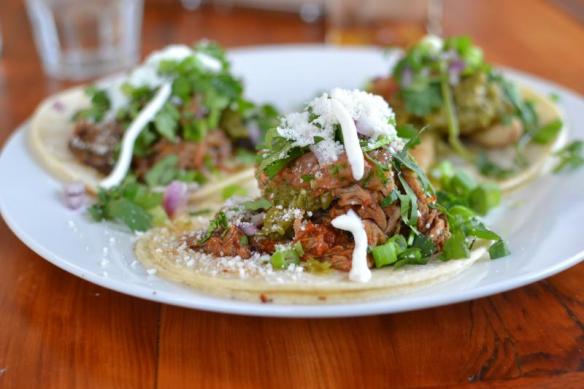 I next moved to the beef taco. In addition to the toppings of the fish taco, the beef taco was topped with a sprinkling of grated cheese and crema. The first bite was fantastic. The shredded meat was a deep braised beef, full of bold flavors. This taco was a combination of Latin and Basque flavors with the mild hint of spiciness from the chili peppers. The beef and the toppings could easily be served by themselves as an entrée. 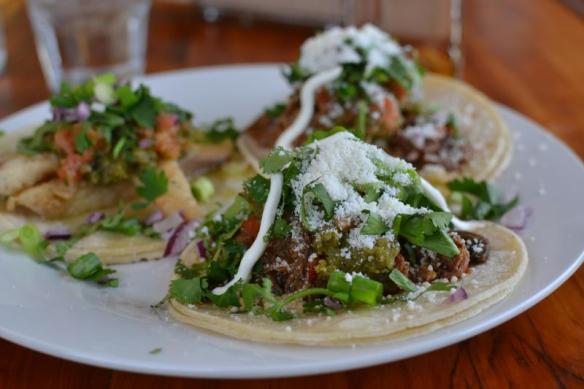 The pork taco was even better. Instead of the traditional sautéed cubes of pork, this rendition started with a mound of shredded pork. The texture and flavors indicated a long, slow cooked pork shoulder. The toppings were the same as the beef taco, with just a little more spice. The pork was one of the best braised pork dishes I have tasted and, like the beef, could easily be served as an entrée. The pork taco was outstanding.

After I was finished, I asked Maria about the food and the recipes. She informed me that her mom was the talent behind the cuisine. She was raised in Chile, was a formally-trained French chef and her family previously owned Bistro du Soleil in SONO. You can taste her love of the Basque cuisine in each of the dishes.

I entered Rincon Taqueria looking for some good tacos and left with the knowledge that this newly opened restaurant was serving some outstanding non-traditional cuisine. This is not your everyday taqueria.

This review was originally published at: