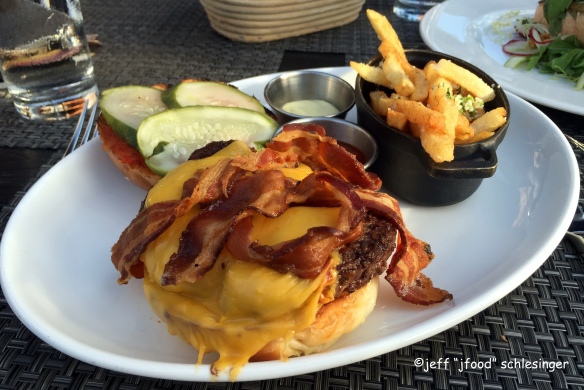 2015 was a difficult year in choosing the number 1 burger in southwest CT and the coin flip did not help. In the end I decided that it was a tie between South End in New Canaan and Harlan Social in Stamford. 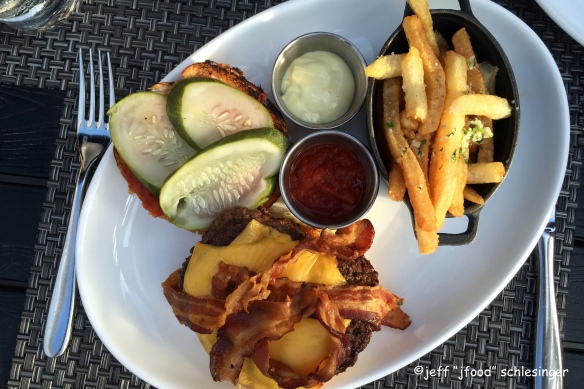 The “South End Burger” created by Chef Nick Martschenko starts with fantastic beef, topped with Benton bacon, American cheese, South End burger sauce and served on a poppy seed roll. The flavor of the meat is perfect, and Chef Martschenko chars the exterior while maintaining a medium rare interior that oozes tons of juicy goodness. The bacon is crisp and flavorful and complements the meat. A few slices of B&B pickles adorn the burger and add another delightful sour component and the melted American cheese encases the patty. The sauce was a chunky spiced ketchup-y delight, which adds another flavor level. The roll was light and allows the other bold flavors inside to shine. The fries are delicious, lightly salted with a dusting of parmesan cheese and is a great partner for the burger.